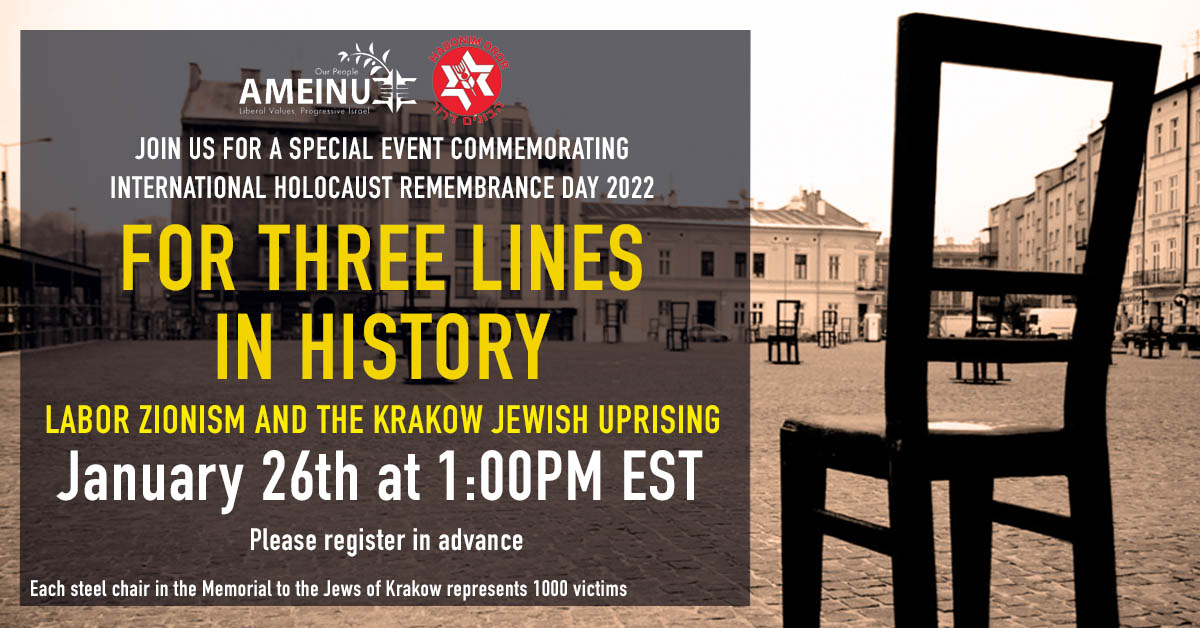 This International Holocaust Remembrance Day, Ameinu invites you to look back at our history as Labor Zionists, and remember the courage, valor and sacrifice made by our brothers and sisters in Europe during the Holocaust.

In this event, we will dive into the role of the Labor Movement in the acts of resistance undertaken by the Krakow Underground. We will get to know the leaders of the rebellions and what they fought for in the first organized act of Jewish resistance in Nazi occupied Europe 80 years ago.

“For three lines in history” is a quote by Dolek Liebeskind, a member of the Akiva movement, madeon November 20, 1942 before the Krakow uprising. Dolek said they would fight for the sake of “three lines in history,” if only to show that “Jewish youth did not go like sheep to the slaughter.”

The presentation will conclude with a brief discussion of Holocaust memory today.

The event will be hosted by Tamar Levi, a Holocaust educator and Central Shlichah for Habonim Dror. 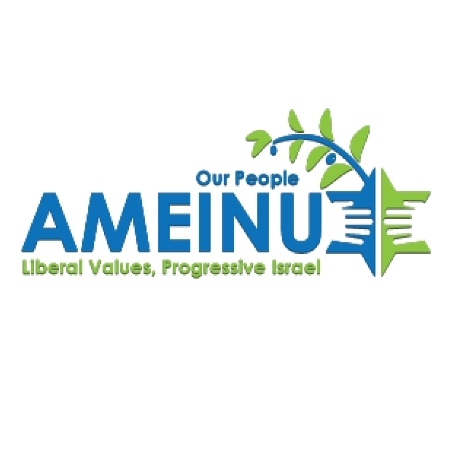