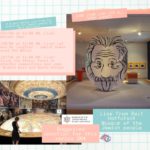 Babyn Yar Holocaust Memorial Center –  a new museum built at the exact place, where the atrocities happened and is telling the story of Ukrainian Jews and Jews of Eastern Europe in the Holocaust.

September 29th we commemorate the 79th anniversary of the Babyn Yar massacre with an online program in remembrance and education about this tragic event.

The program will be broadcast live on the AZM Facebook page (and is available for cross-posting) via the BYHMC Facebook Page.

Watch the promo video below