Statement of Richard D. Heideman, President, the American Zionist Movement on the announcement of the nomination of Minister Gilad Erdan as Israel’s Ambassador to the United Nations to succeed Ambassador Danny Danon; and as ambassador-designate to the United States upon the completion of the term of Ambassador Ron Dermer

The American Zionist Movement (AZM) congratulates Gilad Erdan on his nomination by Prime Minister Netanyahu as the Ambassador-Designate of Israel to the United Nations, succeeding Ambassador Danny Danon, and to the announcement that he will also serve as Israel’s Ambassador to the United States upon the completion of the tenure of Ambassador Ron Dermer.

Richard D. Heideman, President of The American Zionist Movement, stated “As Strategic Affairs Minister, Gilad Erdan has been an important voice in the fight against BDS, Antisemitism, anti-Zionism, and the ongoing efforts to demonize and delegitimize the State of Israel. We have worked closely with, and have great respect for, Minister Erdan. His voice on these issues, his extensive parliamentary and government service, will be important as he represents Israel at the United Nations and in Washington.

Heideman also stated, “The American Zionist Movement has worked particularly closely with Ambassador Danny Danon, Israel’s Permanent Representative to the United Nations, during his outstanding term of service at the United Nations and we look forward to a similar close relationship with Minister Erdan when he assumes his responsibilities at the UN. Heideman continued “The American Zionist Movement and the International March of the Living have worked closely together with Israeli Ambassador to the United Nations, Danny Danon, to host over 80 foreign Ambassadors to the UN on four AZM-MOTL UN Ambassador Delegations to Poland and Israel, where UN diplomats learned firsthand about the horrors of the Holocaust and gained a deeper understanding of Israel, the most vibrant democracy in the Middle East. We thank Ambassador Danon for his excellent tenure of service and look forward to working closely with Ambassador-Designate Gilad Erdan upon his assuming his responsibilities in New York.”

Heideman continued “The American Zionist Movement has a very special relationship with Israeli Ambassador Ron Dermer, who was presented in 2018 with the AZM Distinguished Leadership Award at a bipartisan luncheon in Washington attended by a large cadre of Members of Congress of both parties. Ambassador Dermer has hosted and joined many AZM events, including the AZM Balfour Centennial Gala and served as a compelling keynote speaker at the recent AZM-WZO Symposium on Anti-Zionism & Antisemitism held at Israel’s Embassy in Washington. We look forward to continuing to work with Ambassador Dermer throughout the remainder of his important and impactful tenure as Israel’s Ambassador in Washington, and to welcoming and similarly working closely with Ambassador-Designate Gilad Erdan.” 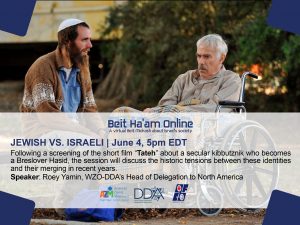 “Coronavirus Aid: A bridge to peace” by Richard D. Heideman 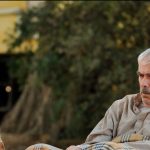 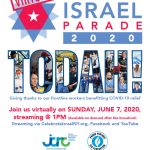