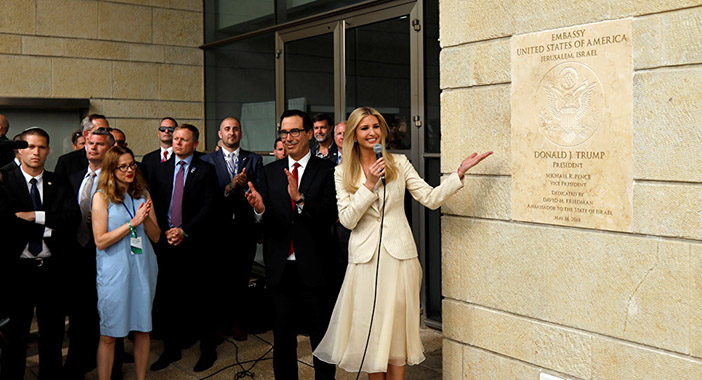 Richard D. Heideman, President of the American Zionist Movement (AZM) also saluted the official opening of the new U.S. Embassy in Jerusalem, the capital of the State of Israel.

“The work and aspirations of American Zionists are fulfilled with the official recognition of Jerusalem as the capital of the State of Israel and its manifestation embodied in the opening of the American Embassy in the eternal capital city of the Jewish People,” said Richard D. Heideman, President of the AZM, who is attending the opening ceremony. “As American Zionists, the recognition of Jerusalem as the capital of Israel is a foundational issue we have long worked toward and sought to achieve by a United States Administration, and today it becomes a reality. Today, we celebrate the perfect connection of America with Zion as the national homeland and nation-state of the Jewish people.”

Read the full article in the Jewish Voice »