August 17, 2017 –Today “alt-right” leader Richard Spencer said he is a “White Zionist” during a television interview broadcast in Israel.

“For Mr. Spencer to claim to be a Zionist is a gross perversion of what Zionism is. Zionism is a movement of unity and love which brought together the Jewish people worldwide to push for the creation of a democratic State of Israel in our ancestral homeland. The 1948 Declaration of Independence of Israel stated that the new nation, formed after decades of Zionist efforts, “will be based on freedom, justice and peace as envisaged by the prophets of Israel; it will ensure complete equality of social and political rights to all its inhabitants irrespective of religion, race or sex; it will guarantee freedom of religion, conscience, language, education and culture; it will safeguard the Holy Places of all religions”. These are the positive values which AZM and Zionists today continue to espouse and strive for, especially as this month we mark the 120th anniversary of the founding of modern Zionism when Theodor Herzl convened the Zionist Congress in August 1897 in Basel.

‘In the midst of what we have seen in Charlottesville, where the alt-right marched together with white supremacists and neo-Nazis, carrying the swastika which symbolizes the evil genocide of 6 million Jews in the Holocaust, it is a disgrace for anyone to claim a link between those hateful and racist protests and Zionism. As President Rivlin of Israel said yesterday: ‘The very idea that in our time we would see a Nazi flag – perhaps the most vicious symbol of anti-Semitism – paraded in the streets of the world’s greatest democracy, and Israel’s most cherished and greatest ally is almost beyond belief’.” 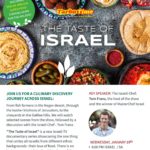