The room was full to capacity. Hurricane Sandy had caused a change in both date and venue for AZM’s Biennial Assembly in New York, but it hadn’t diminished enthusiasm levels. On December 17, the audience was eager to hear the different perspectives offered by speakers about Zionism and our role in it.

rendition of Israelis and their attitudes. AZM Executive Director Karen Rubinstein was impressed with his ability to characterize so many kinds of Zionists so well. “Joel’s program offers a unique and entertaining way to open conversations about Zionism with North American groups,” she said. Chasnoff also modeled a new program promoted by AZM and the WZO to help Americans explore the meaning of Zionism today.

The AZM Biennial also serves as a meeting to elect new offices for the organization. Completing five years as President of AZM, Bill Hess passed the torch on to Rabbi Vernon Kurtz, rabbi of the North Suburban Synagogue, Beth El of Highland Park, Illinois. Rabbi Kurtz is a well-known figure in the Zionist world from his many roles in Mercaz and Mercaz Olami and thanks to his deep involvement with the Jewish Agency for Israel. In his acceptance speech, Rabbi Kurtz touched on the pillars of Zionism suggested by Solomon Schechter and urged attendees to work even harder to promote and support Zionism. “I believe that we at AZM must lead the way … and be a partner with others who are already doing fine

work,” he said. “We can only do so if we work together, put aside our differences and see the greater whole, the more noble purpose, the grand challenge. We may not complete the work, but neither are we free to desist from it.”

Also elected were Kenneth Bob as Chairman of the Board; Harvey Blitz of the Religious Zionists of America, David Newman of ARZA and Leonard Petlakh of the American Forum of Russian Jews as Vice Presidents; Judy Shereck of Hadasssah as Treasurer and David Krantz of the Green Zionist Alliance as Secretary.

At the conclusion of the business meeting, participants gathered for a dinner honoring Bill Hess. Several speakers toasted Hess and extolled his contributions to AZM, and he was presented with a tzedakah box as a gift of appreciation for his dedication to the Zionist Movement.  The evening was also full of surprises, with a performance by singer Lisa Berman and a sing-along at the end of her set. 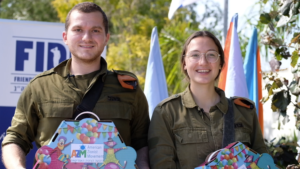 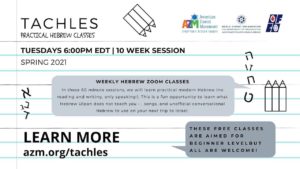 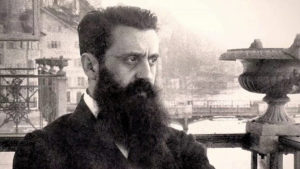