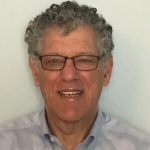 Rabbi Paul Golomb is the Senior Scholar and Rabbi Emeritus of The Vassar Temple in Poughkeepsie, NY, after serving as their rabbi for fifteen years.  A graduate of Hebrew Union College-Jewish Institute of Religion, he has been a Director of Hillel Foundations, the URJ Regional Director for Canada, as well as a congregational rabbi.

Rabbi Golomb has taught undergraduate and graduate courses in philosophy, classical and modern Jewish thought.  He is the Editor-in-Chief of the CCAR Journal: A Reform Jewish Quarterly, and has published articles on biblical studies, modern Jewish thought, interfaith relations and Reform Zionism.  He represents ARZA on the Board and the Cabinet of the American Zionist Movement, and is on the North American Board of the World Union for Progressive Judaism.

During his time in Poughkeepsie, Rabbi Golomb served as President of the Dutchess County Interfaith Council, has been a member of the County’s Human Rights Commission, and the founder and convener of Scriptural Reasonings, a Jewish, Christian and Muslim text study symposium.

Rabbi Golomb and Deborah, a retired attorney and mediator, have been married over forty years.  They have two children and two grandchildren.