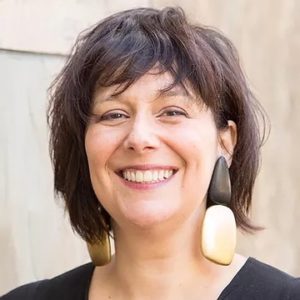 A proud Progressive Zionist, Nomi is currently the Chair of the Executive Board and Vice President of Ameinu. Nomi is a board member of the American Zionist Movement and was just elected to the World Zionist Organization Expanded Executive, and is involved with Brit Eytz- the World Zionist Union of the Labour Movement. She grew up in the Habonim-Dror youth movement in Canada and both her professional and personal development has been centered on Israel and the Middle East.

Trained as a foreign policy analyst specializing in the Arab World and the Persian Gulf, Nomi speaks frequently on the subjects of current events in the Middle East and Israel. She holds degrees from Johns Hopkins School of Advanced International Studies (SAIS) and McGill University. She has lived, worked and studied in the region and speaks Hebrew, Arabic and French.

A past president of Congregation Beth El in South Orange, New Jersey, Nomi has also served on the Metrowest Jewish Community Relations Council. Nomi and her husband Harold were honored with the Star of Essex award in 2015 for their service to the Jewish community and contribution to the lives of Essex county residents. Nomi and Harold have two grown boys who need to come and visit more often.