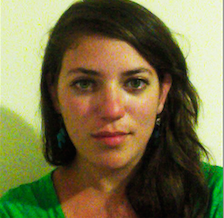 In 2014 a friend forwarded an article that had gone viral on the internet that claimed to show Israeli youth having picnics on the mountains overlooking Syria and cheering as grey clouds billowed up from the border towns. The picture for this article was a photo of myself, and the group of international volunteers I would live with for a year as we sat at the Tel Saki Memorial listening to a lecture from a former IDF soldier, now a social worker and advocate for peace, about the horrors of war and Israel’s current stance on the Syrian conflict. Normally we were spread out across the country teaching in underprivileged schools, doing community development projects or studying Hebrew, but sometimes we would gather and attend lectures and symposiums on Middle Eastern conflict and security. As we knelt before the Valley of Tears we questioned whether Israel should be more involved in aiding Syrian refugees and to what extent Tikun Olam was being upheld in this instance. There was certainly no cheering as bombs exploded on strangers across a war-torn border. Yet, this fallacious article would spur a plethora of anti-Semitic remarks and be used to justify the ironically apartheid-promoting BDS movement growing across the globe.

Were Theodore Herzl to watch the news today he might have trouble understanding the slang, but he would recognize the same anti-semitism. Attacks against Jews are on the rise across Europe, and in the Middle East calls for violence against Jews and the State of Israel are so commonplace they no longer make international headlines. In the summer of 2014, thousands of French Jews made Aliyah, even as Hamas showered rockets upon them, because they still felt safer on the beaches of Ashkelon than the banks of the Seine.

Anti-semitism is far from extinct and it is difficult to be optimistic and assume it will vanish within our lifetime, but our century can claim more hope, for we now have a nation: a place where Jews can be Jews freely. A place to sing “Dayenu” loudly in the streets, with the day off from work. A place to wear a kippah without fear of attack. A place where Judaism isn’t a vague concept but a lived reality. A place where people can speak Amharic, Yiddish, Ladino, Russian, Arabic, Persian, Darija, English, German, French, Hindi, or Chinese as their native language, but still be connected to each other by a Hebrew melody sung over a pair of candlesticks. A nation strong enough to airlift 14,000 Jews trapped in a conflict in Ethiopia to safety, and with the diplomatic prowess to rapidly emigrate 97,000 Jews out of Morocco. A nation that can truly uphold the promise we made to our European grandparents: “Never Again.” The past has seen Jews the world over eek out their existence, living on the fringes of the cultures they co-exist. But, as French prime minister Manuel Valls reminded us in a recent speech “H istory has taught us that the awakening of anti-semitism is the symptom of a crisis for democracy and of a crisis for the Republic.” What people can hope to integrate fully if they know that their host nation will turn against them as soon as trouble arises?

Diaspora Judaism can exist, but it cannot flourish. Zionism is the acknowledgement that Jews not only deserve to exist, but also to thrive, and in order for that dream to be realized they must have a place of their own. That place is Israel. I have been the victim of anti-semitism, the token Jew in a bigoted community, and the granddaughter of Holocaust survivors. I have seen firsthand that anti-Semitism needs no rationale, and known its venomous strength. In order to ensure the survival and prosperity of Jewish peoplehood Israel must exist as a beacon of hope and safety, and most importantly, community.