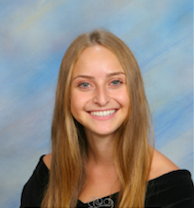 My baby cousin, 18 years old, is getting drafted into the IDF today. He did not get the unit he had hoped for and my family waits in suspense as he decides whether he wants to turn himself in or not, because he prefers going to jail than the army. Zionism to me is fighting for the only state where Jews have a home for in this world. It is the Jewish people who push for peace while soldiers work endlessly to defend their country from destruction all around them. It is the unity of one nation standing together with the same values, motives, and intentions as one another – peace.

Since I was young my Israeli parents have instilled in me a true love and passion for my heritage. Growing up I never understood the reason my parents chose to live in the United States, and not stayed in the country that they always talked so highly of. Twenty years later, as I watch my many cousins make their way through the IDF, I am finally beginning to understand the bright light that my parents saw for me and my sister when they made the decision to move to a country that is not on constant alert of being attacked. Today, my vision of being a Zionist is to try to create a better future for all those Israeli citizens who, just like my cousins, need to wear green uniforms and carry weapons instead of spend time with their loved ones. I envision a state where parents worry if their children survive their first day of school, not if their son or daughter has survived to see another day.

Last summer, when I walked down my grandparents’ street in Rishon LeZion I couldn’t help but feel a connection to both the community and the land all around me, which is one of the factors I most love about Israel. For this reason, I co-founded the Mishelanu chapter at the University of Arizona this past year – a club under the IAC focused on bringing together Israeli-American students. Driven to take a leadership role within something I care for, I plan events and recruit students in order to form a close community with a special bond to Israel. This step has allowed me to make a difference in the Israeli community on campus, because it is important to be reminded to stand together as a nation, even 7,457 miles away.

Spending a semester in Israel will be the first opportunity I have to make an impact inside the state itself. While there I plan on interning at a business that makes an effort in the development and Zionism within Israel. In addition, I want to get involved in a program dedicated to helping IDF soldiers in order to support the young adults who have the future of the country lying on their shoulders.