June 25, 2018
Despite political disagreements that often threaten to polarize Israel supporters, it’s possible to rally organizations around the “commonalities” that bind support for the Jewish state.

(JNS, Algemeiner) For Israelis, Zionism is part and parcel of the national experience, regardless of religious or political affiliation. Yet in America, where Judaism has been undergoing a crisis of apathy and assimilation, the concept of Zionism often lacks the same strong associations.

In fact, previously automatic bipartisan support for Israel is now being challenged in today’s polarized political climate in the United States. Efforts to alienate Israel on college campuses and in international forums like the United Nations, coupled with a decades-old stalemate between Israelis and Palestinians, further confuse many Jewish Americans as to the merits of strongly connecting to the Jewish national movement.

The member organizations of the American Zionist Movement—more than 25 of them—span from right to left on the political spectrum, and from secular to religious. They often have strong disagreements with each other on key issues, including the merits of promoting a two-state solution—a still obvious solution to the conflict for many Americans, but a less popular paradigm among Israelis and Palestinians. In addition, many of the member groups have disagreements with policies of Israel’s right-wing government.

Progressive religious movements in America have recently launched vocal opposition to certain Israeli stances, including the location of access points to a mixed-gender prayer section at the Western Wall.

At the head of the American Zionist Movement is Richard Heideman, a lawyer whose firm has secured hundreds of millions of dollars in settlements for victims of terror.

For Heideman, Zionism is not just a passion, but a family affair.

His wife, Phyllis, is president of “March of the Living,” the international organization that has brought more than 250,000 people on the two-mile march from Auschwitz to Birkenau to learn firsthand about what took place in Nazi concentration camps. Today, their daughter Elana runs the Israel Forever Foundation that the Heidemans created 15 years ago to develop content focused on positive Israel engagement, often focused on key geopolitical issues. 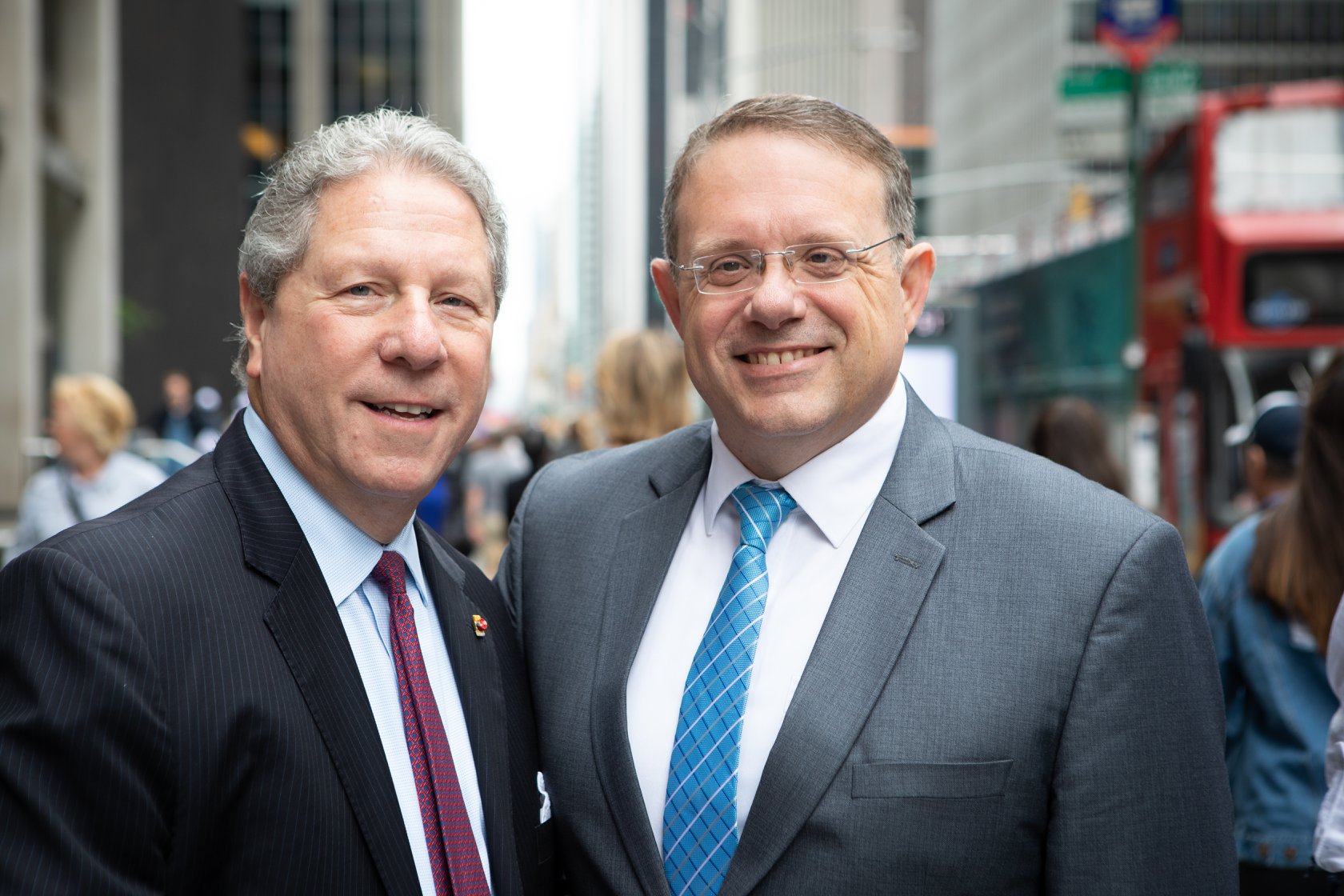 Heideman believes that despite the political disagreements that often threaten to polarize Israel supporters, it’s possible to rally organizations around the “commonalities” that bind support for the Jewish state.

“Some believe it is impossible to have constructive dialogue within the American Jewish community,” Heideman tells JNS. “AZM is working to make it possible to share their ideas. And some of our members even change their minds when engaging in that dialogue.”

“It is a major challenge, but it is worth the fight to sit in the same room to have dialogue together,” he says.

He notes that the member organizations comprising the American Zionist Movement come from “across the spectrum of Jewish life in the U.S.”

“Some of the larger organizations that are included are Hadassah, B’nai Brith and the Jewish National Fund. Religious streams include Arza, Mercaz, Religious Zionists of America and the Zionist Organization of America. There are some on the progressive left, including Ameinu and Partners for a Progressive Israel, that have views totally opposed to ZOA,” according to Heideman.

An estimated 3 million Jews belong to member organizations that are part of the AZM. “That approximates half of the American Jewish community,” says Heideman. “The central core for all of them is their commitment to Israel as Zionists.”

‘A bastion of democracy in the Middle East’

AZM has recently launched a “Zionism Forward” initiative—based on principles established by its parent World Zionist Organization—and established through close coordination with leaders of the various member organizations and other large Jewish organizations, including the Jewish Agency.

Among the principles promoted by AZM are “aliyah [Jewish immigration to Israel], as well as ulpan Ivrit [immersive Hebrew-language study] or teaching of Hebrew as our ancient language,” says Heideman.

Heideman notes that most Americans “heavily support Israel” and appreciate the Jewish state “as a bastion of democracy in the Middle East, promoting an environment of tolerance, equality, freedom and respect for differences. It is, I believe, those who take a political approach that often skewers their attitudes and results in expressions that are damaging to Israel, to Zionism and to the Jewish people.

“The single major challenge we face is that of seeking unity within the Jewish community, while appreciating diversity and allowing each to have their own differing opinions on key issues,” explains Heideman. “As president now for one year, my administration has worked to secure a place at the table for respectful dialogue for everyone who views themselves to be Zionist [and] to feel comfortable to express their differing viewpoints.”

While there is room for disagreement, for Heideman, there still needs to be red lines. For him, some of them are personal. “Anti-Semitism is a red line, denying the Holocaust, and for me, boycotts of Jewish businesses are also a personal red line,” he says.

“I look back in history to 1933, when boycotts against Jewish businesses started as part of the Nuremburg laws. In that context, the legalization of hate is something I find deplorable, unacceptable and not to be countenanced within the American Jewish community.”

Heideman and his wife were activists in the 1970s, fighting against the United Nations’ Zionism equals racism clause. Heideman believes that now, 40 years later, a great deal of work is still needed to advance Israel’s cause at the United Nations.

“The U.N. has been a hotbed of hate toward Israel in all quarters,” he says. “That hate and bias toward Israel often occurs because of politics, rather than the true policy implications of various sets of facts.”

Recently, AZM hosted 40 U.N. ambassadors on trips to Poland and Israel. Some went to Auschwitz as part of the 30th annual “March of the Living” program, and then moved on to Israel for 70th-anniversary celebrations, where they were able to witness the nation’s religious diversity and access to holy places, in addition to visiting flashpoints such as the Gaza border. 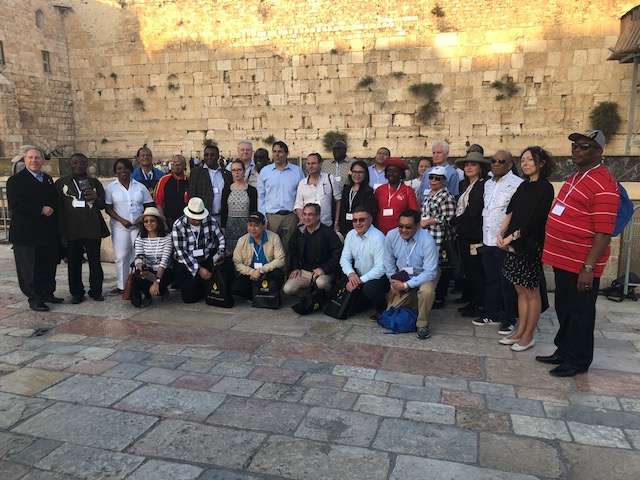 “Bringing U.N. ambassadors under the banner of AZM, in my view, was in keeping with [its] focus on respectful dialogue, and a truthful exhibition of policy issues and policy differences,” says Heideman, noting that the tours allowed the ambassadors to “draw their own conclusions to make informed decisions at the U.N., where it is one country, one vote—where every opinion matters.”

Heideman believes that both within America’s Jewish community and outside of it, “we can rally around the rich heritage that the Jewish people, in the spirit of Zionism, have made to the world, with pride and with a commitment to making the world a better place.”

To help bridge the growing gaps between Israeli and American Jewry, he suggests that Israeli Prime Minister Benjamin Netanyahu convene a conference with the leadership of the American Jewish community “in order to bridge the gap of dialogue on issues that have proven to be divisive over the last time period.”

“By bringing people together on pride—that can be a unifying force,” says Heideman. “I believe that with hard work by people across the spectrum, we can create a new vision of Zionism that will set forth a visionary resurgence of Zionism for the next 50 years and beyond as we build an even better future for Israel and the Jewish people.”