On December 10, ViZion Chicago, the American Zionist Movement’s Young Leadership division in Chicago, partnered with Temple Sholom’s 20’s and 30’s group to present Top Chef Chanukah. Two teams, the McAbees and the Oilers, competed to cook the most delicious latke this side of the Atlantic.  Well known for their expertise in food and Jewish holidays, Rabbi Shoshana Conover, Temple Sholom’s assistant rabbi; Bryan Gryka; chef at Milt’s BBQ for the Perplexed; and Guy Hollingsworth, President of AZM Chicago, judged the latke entries.

Teams were provided with the secret ingredients zucchini, sugar, and cayenne pepper, and they wasted no time being creative in their recipes. Though the McAbees impressed everyone with their latkes topped with crème fraiche, sautéed onions, and balsamic vinegar, the Oilers won over the judges with their Shnitke, a combination of schnitzel and latke, and their menorah-shaped latkes. Winners received a gift certificate to new, local kosher restaurant Milt’s BBQ for the Perplexed and the runners-up received free entry to the December 14 Shabbaton in the Lakeview neighborhood of Chicago.

Next month, ViZion Chicago hosts stand-up comedian Joel Chasnoff as he discusses the many sides of Zionism. And keep an eye out for an upcoming film series! Click here for more information. 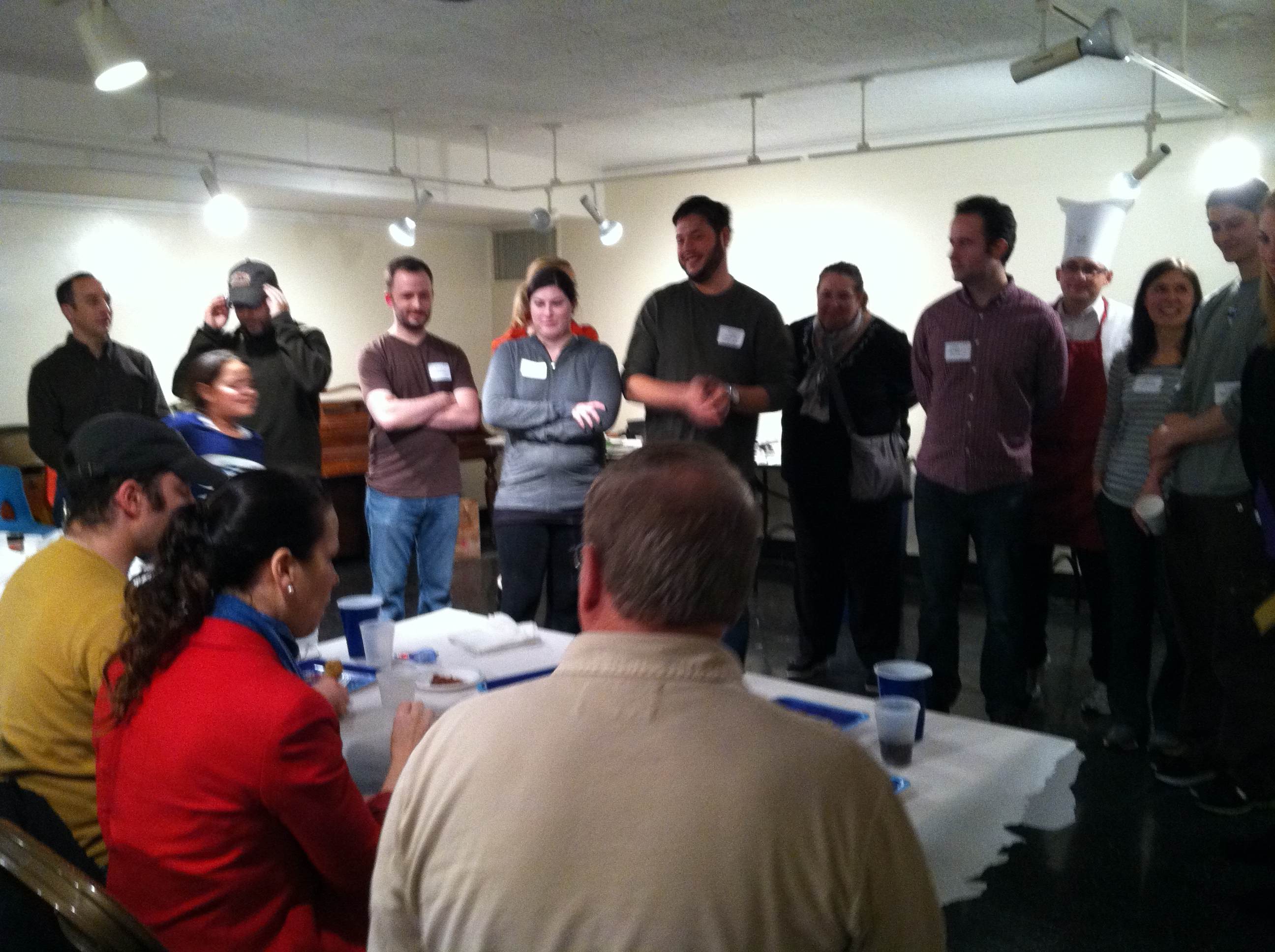