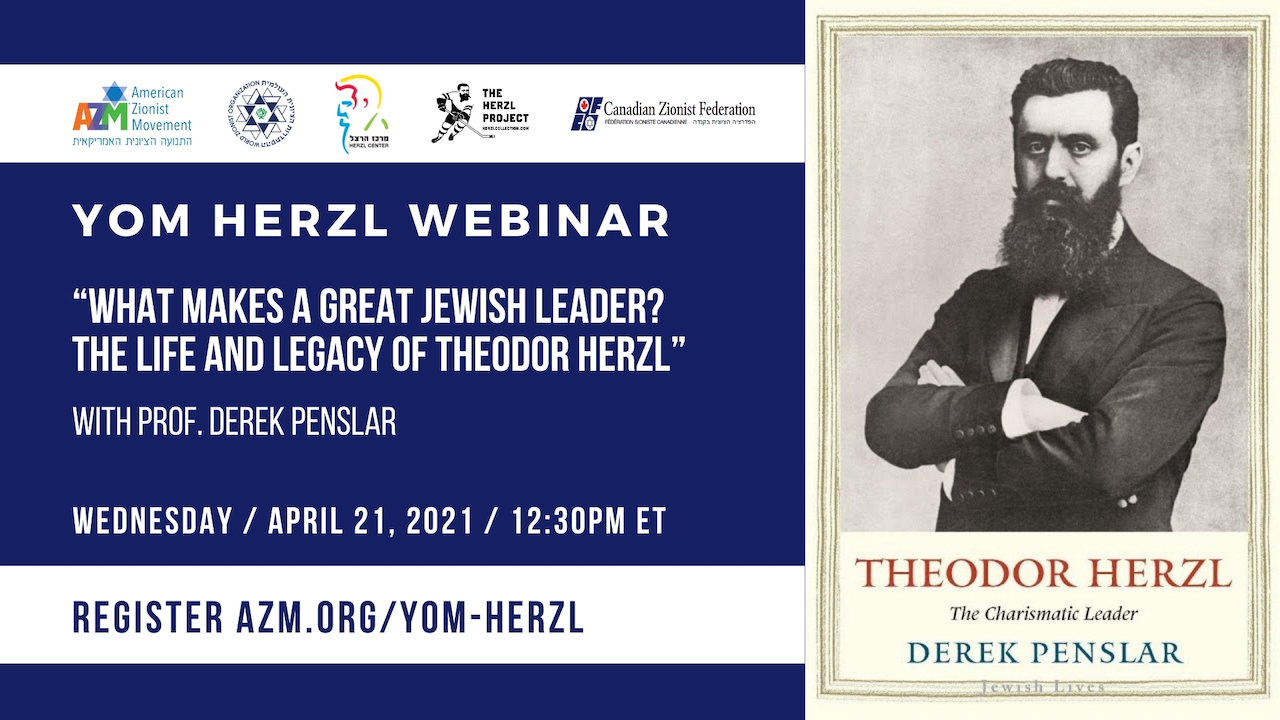 “What Makes a Great Jewish Leader? The Life and Legacy of Theodor Herzl” with Prof. Derek Penslar

“What Makes a Great Jewish Leader? The Life and Legacy of Theodor Herzl” with Prof. Derek Penslar, on Wednesday, April 21, 2021.

Theodor Herzl is celebrated each year in Israel with a holiday on his birthday, 10 Iyar.  Join us the day before to recognize the visionary leader of the modern Zionist movement.  Learn more here about Yom Herzl.

ABOUT THE SPEAKER
Derek Penslar is the William Lee Frost Professor of Jewish History at Harvard University and the Samuel Zacks Professor of Jewish History Emeritus at the University of Toronto. Between 2012 and 2016 he served as the inaugural holder of the Stanley Lewis Chair in Israel Studies at the University of Oxford. His books include Israel In History: The Jewish State in Comparative Perspective (2006), The Origins of the State of Israel: A Documentary History (2011) and Jews and the Military: A History (2013). His most recent book, Theodor Herzl: The Charismatic Leader, won the 2020 Canadian Jewish Literary Award for History. Dr. Penslar is currently writing a book titled Zionism: An Emotional State and beginning work on a global history of the 1948 Arab-Israeli War. He is a Fellow of the Royal Society of Canada and President of the American Academy for Jewish Research.