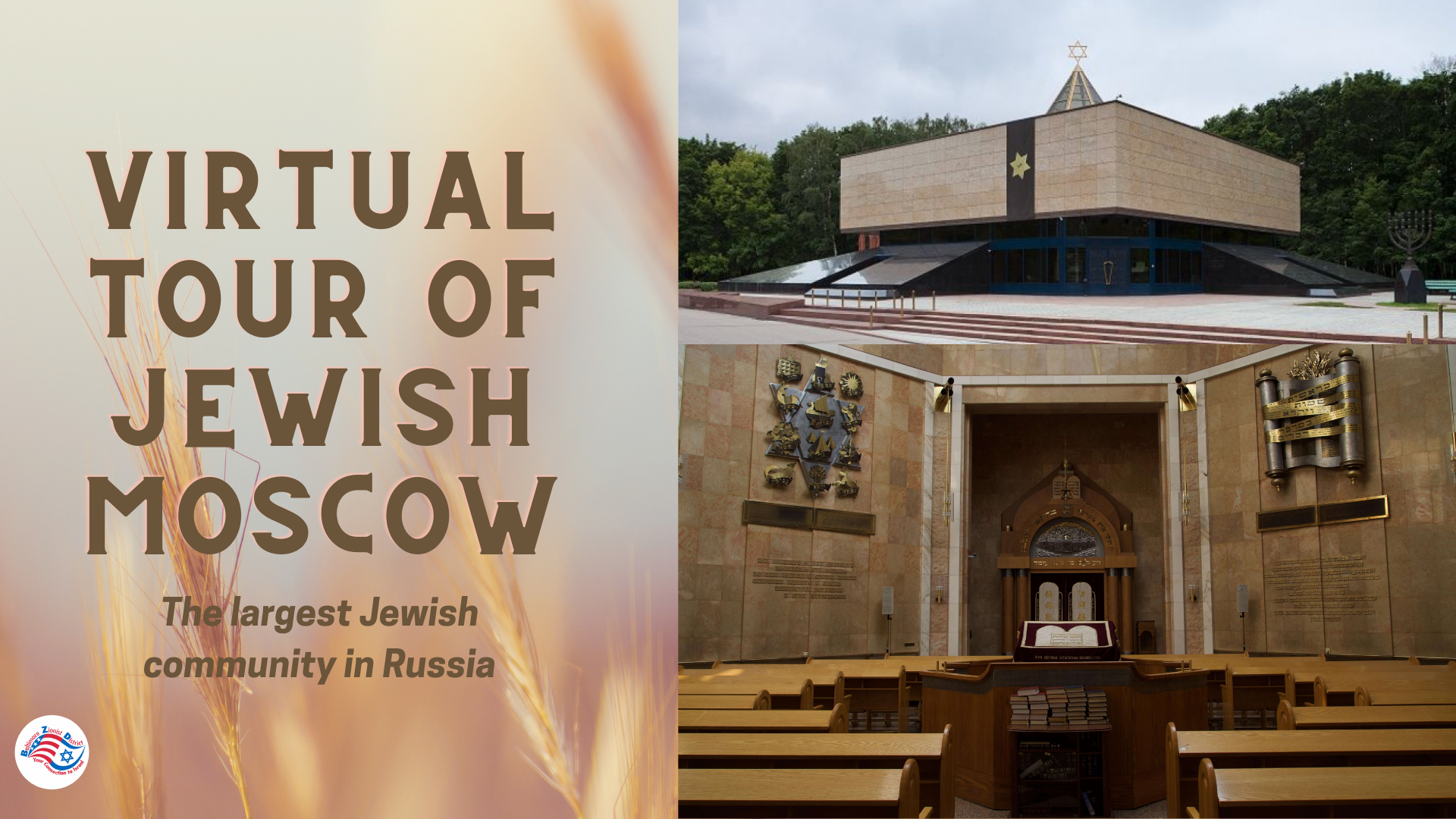 Join the BZD and Evgenia (Jane) Kempinski on a virtual tour of Jewish Moscow, home to the largest Jewish community in Russia, numbering some 250,000 people. Today, Jewish life flourishes, and the community is known for its rich religious and cultural life – but this wasn’t always the case.

Our program will cover about 140-150 years, from when Jews were first allowed to settle in Moscow to the present day. We will look at the Jewish business empires of the late 19th century and find their traces today. We will find out how a Jew became the best Russian landscape artist and speak about when Jews were expelled from the city. We will also visit the Old Choral Synagogue and the Bolshaya Bronnaya Synagogue.

We will learn the unique story of a modern “shtetl” created in the early 20th century and which still exists today. We will discuss the economic activities of the Soviet Jews in the small towns around Moscow – and how their traditional role as middlemen continued even during communism. We will look at the Jewish Community Center in Marina Rosha and visit the Jewish Museum and Tolerance Center – dedicated to the history of Russian Jews. Finally, we will also visit the Holocaust Memorial Synagogue located in Victory Park.