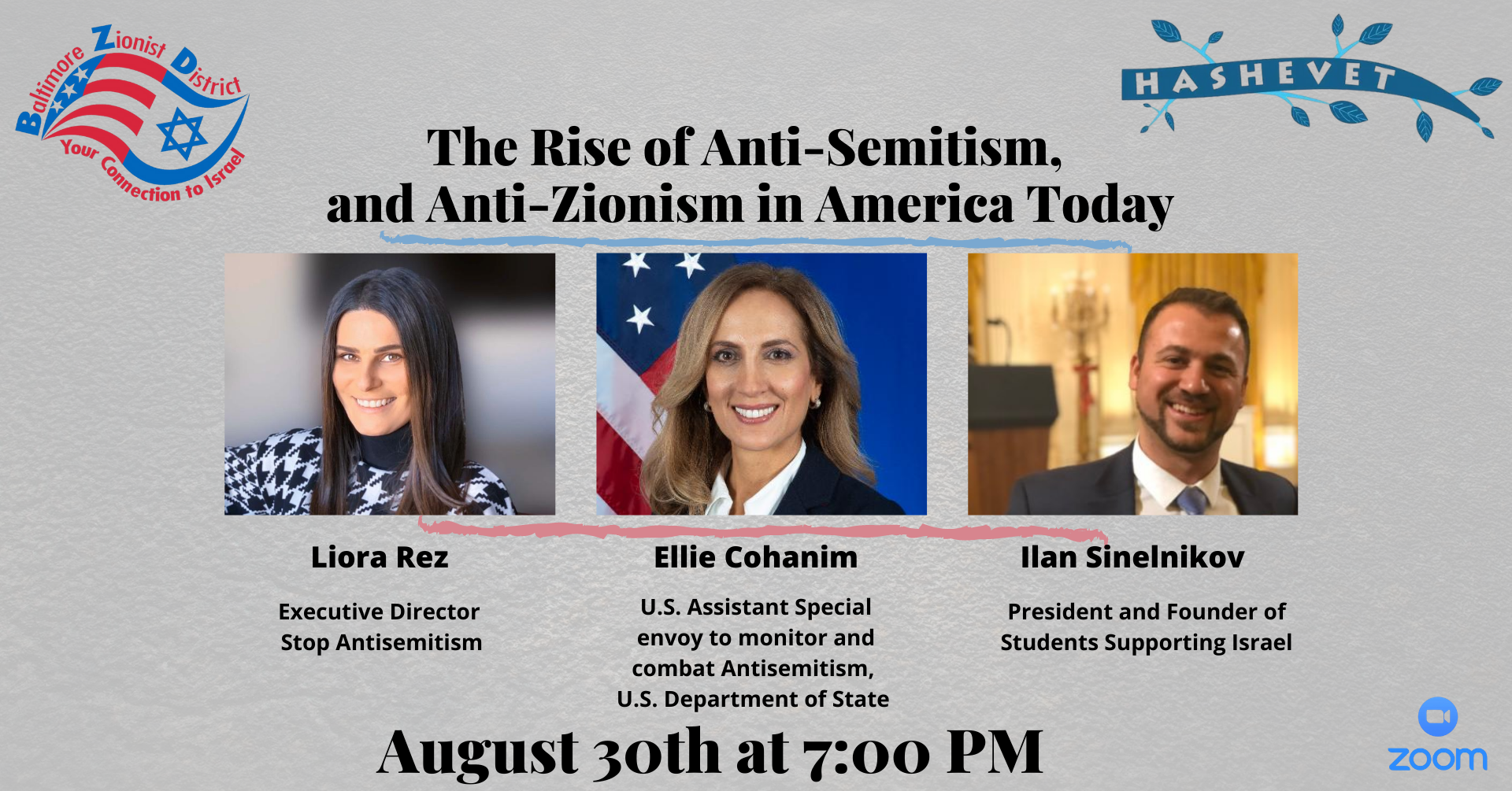 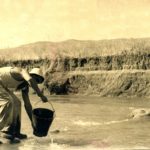 The Baltimore Zionist District is honored to invite you to our zoom panel discussion on August 30th, where our exceptional speakers will share their knowledge and expertise regarding the rise of Antisemitism and Anti- Zionism in America today.
Our diverse panel will include leaders from organizations around the country who all work in an effort to combat Antisemitism on college campuses, social media, and around the world.
Join us as we discuss the rise of Antisemitism and Anti- Zionism today, learn how to fight back and deepen your ties to the pro-Israel community!
Registration Required:
https://us02web.zoom.us/meeting/register/tZcldu-grz4tGtKzu7OZ3GJPAj4SqNYv6O-6
Our panelists include:
Ellie Cohanim who serves as Deputy Special Envoy to Monitor and Combat Antisemitism. As Deputy Special Envoy, she helps inform and carry out policies and related initiatives that aim to counter global Antisemitism. She has an extensive background fighting Antisemitism and promoting religious equality based on her decades of advocacy, policy development, and journalism and public speaking work.
Ms. Cohanim arrived as a child refugee to the US after she and her family fled the escalating Antisemitism in Iran during the 1979 Islamic Revolution.
Ilan Sinelnikov, president and founder of Students Supporting Israel (SSI), a pro-Israel student movement with 50 chapters across universities in North America. Immigrating from Israel before college, during his freshman year Ilan registered the first SSI group at the University of Minnesota. In 2014, the second SSI chapter was established, beginning the growth of the organization to create a national, united, pro-Israel grassroots student movement. For over 8 years now, Ilan is leading face to face grassroots advocacy campaigns and social media efforts on college campuses in the United States and Canada.
Liora Rez is the Executive director of Stop Antisemitism. Liora started her “Jewish Chick” Instagram account in 2012 to showcase her two greatest passions –Fashion and Judaism. In just a few short years, the “Jewish Chick” brand became one of the leading Jewish names on Social Media.
In 2018, Liora wanted to expand her love for activism and helped co-found StopAntisemitism.org, a watchdog group dedicated to exposing antisemitism.
StopAntisemitism.org reaches millions of people monthly and with the help of their dedicated audience and partners is now often the go-to organization for reporting and exposing antisemites.
This event is Co-Sponsored By HaShevet