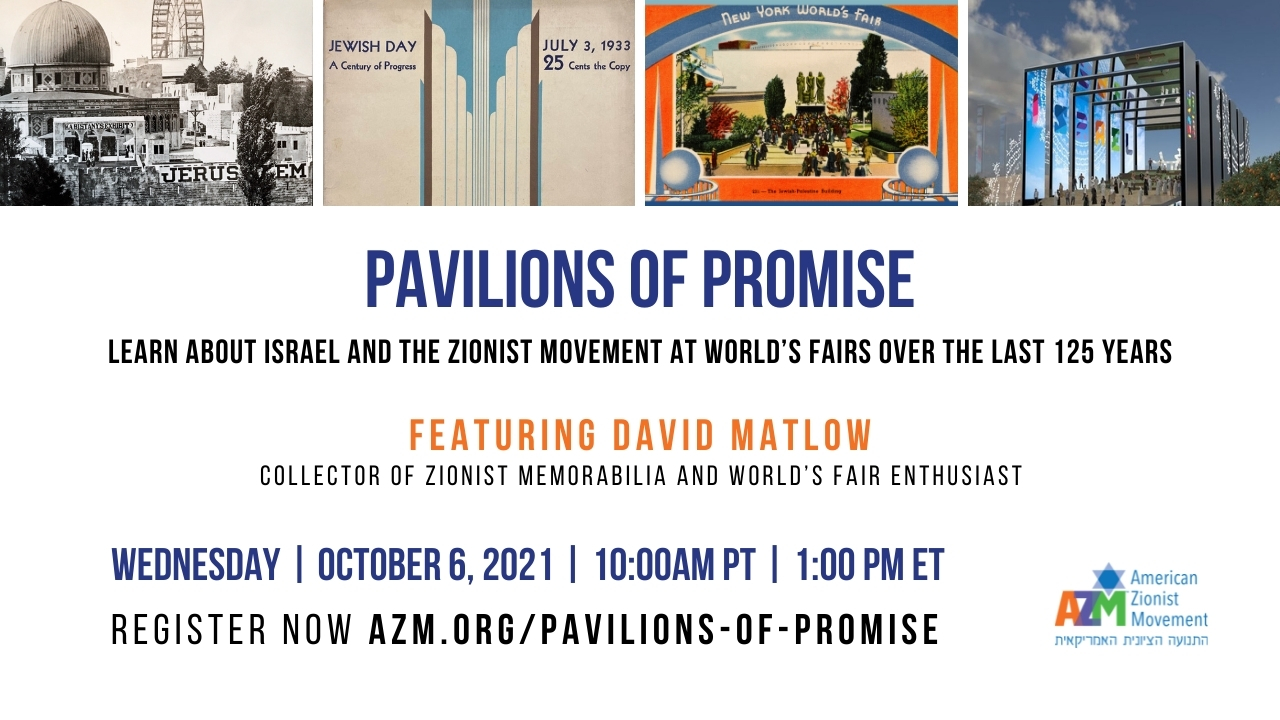 David Matlow owns the world’s largest private collection of Theodor Herzl memorabilia.  Through his website (https://herzlcollection.com) and weekly column (https://thecjn.ca/arts/treasures/ ), David uses his collection to inform people about the history of the Zionist movement and the State of Israel, so as to inspire them to continue to work towards the betterment of the Jewish people and our homeland.  David attended Montreal’s Expo 67 as a six year old, which ignited his interest in world’s fairs.  Combining his passions for Israel and world’s fairs,  Pavilions of Promise tells the story of the willing of the State of Israel into existence through national pavilions at world’s fairs held long before the country’s independence in 1948.  Through items in his collection and materials found in archives in Israel and the United States, the presentation demonstrates how partnerships between diaspora Zionists in the host cities and their counterparts living in Israel created pavilions that showed on the world stage Zionist achievements and the necessity for the Jewish State that Herzl envisioned. 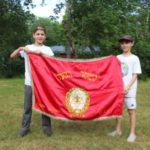