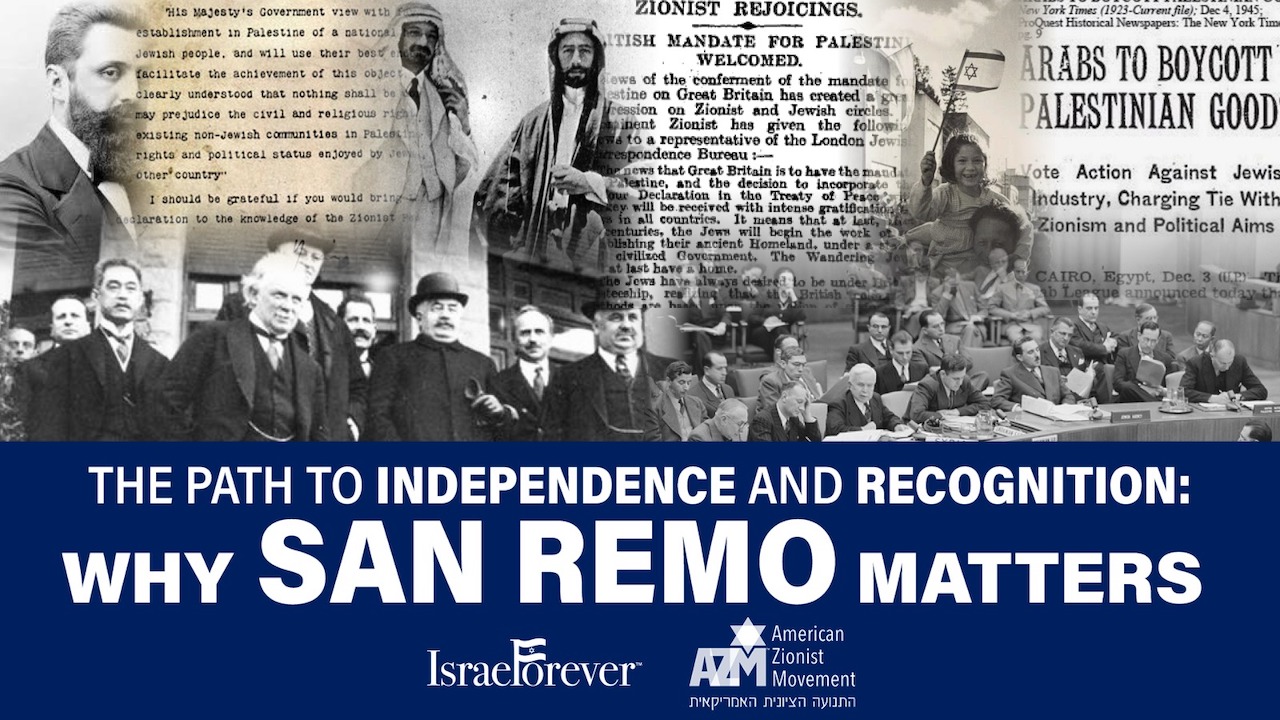 The Path to Independence and Recognition: Why San Remo Matters

On “Israel Independence Day” join a special online program to celebrate the 72nd anniversary of the May 14, 1948 Declaration of the State of Israel, and its immediate recognition by the United States, and to mark the important Centennial of the San Remo Conference.

Greetings from the State of Israel: