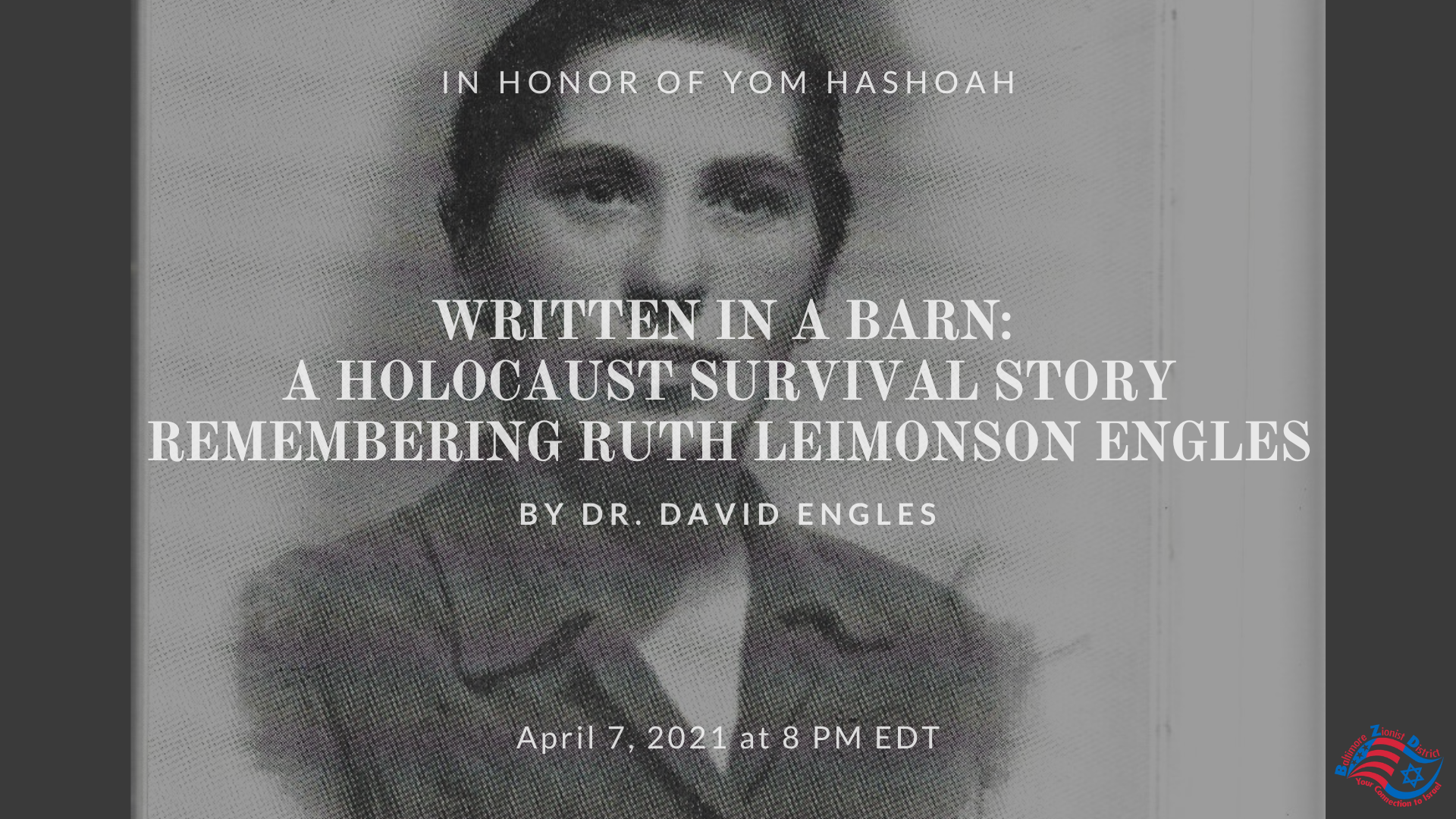 Join the Baltimore Zionist District and Dr. David Engles as he shares his mother’s powerful story of surviving the Holocaust by reading excerpts from her diary. The diary is a powerful narrative in which his mother, not knowing if she will survive her situation in the barn, bares her soul and reveals her deepest emotional thoughts and feelings, as she describes how she survived – using her intelligence and common sense, and helped by luck and perhaps miracles.

On June 21, 1941, the Nazis invaded Lithuania, then occupied Vilna, set up a ghetto, and murdered almost all of the Vilna Jews during the next two years. Dr. Engles’ mother, Ruth Leimonson Engles, managed to survive. Just before the liquidation of the ghetto in September 1943, she was able to escape and find a hiding place in a barn on a farm a few miles outside of Vilna, where she hid for eleven months. During the last two months in the barn, she wrote a diary, in Yiddish, describing her three-year ordeal – over two years under the Nazi occupation of Vilna and then eleven months in the barn – from June 1941 to July 1944.

Dr. Engles’ mother died in 1955 at the very young age of forty. He was only nine years old at the time. His father took the diary with him when he retired to Israel in 1968. It was published there in 1972 by Beit Lohamei Ha-Getaot (The Ghetto Fighters House), a publishing house in a kibbutz near Haifa. Eighteen years later, Dr. Engles translated the diary into English. In 2019, he submitted the translation to Yad Vashem, and last year they approved it for future publication.

At the end of the presentation, Dr. Engles’ wife, Eva, will share some of her own thoughts about the Holocaust, including a brief summary of her parents’ story, who were also survivors. 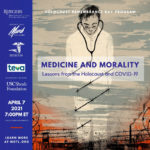 Medicine and Morality: Lessons from the Holocaust and COVID-19 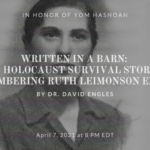