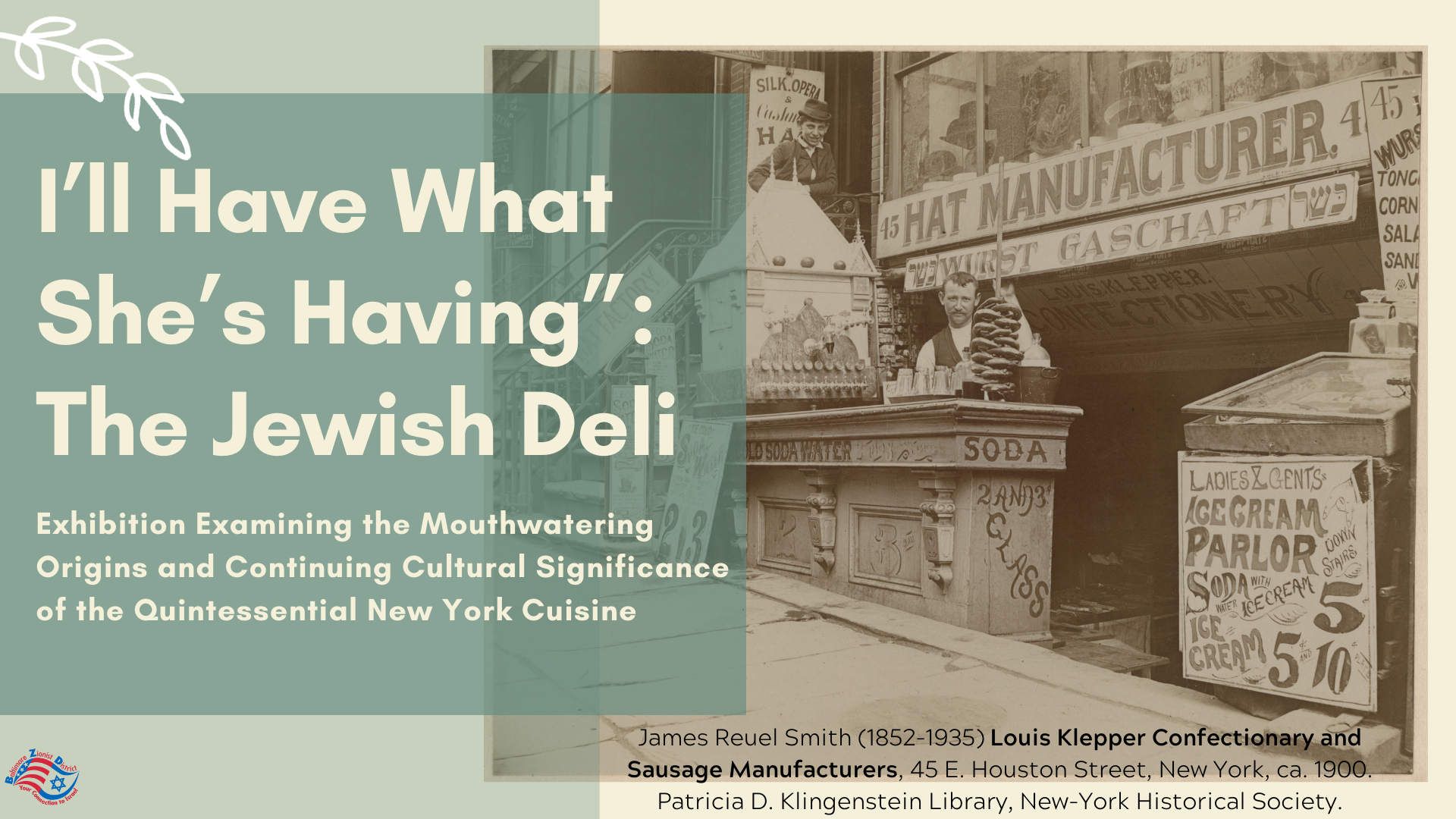 “I’ll Have What She’s Having”: The Jewish Deli

Join the BZD and New-York Historical Society as we examine how Jewish immigrants, mostly from Central and Eastern Europe, imported and adapted traditions to create a uniquely American restaurant and reveal how Jewish delicatessens became a cornerstone of American food culture. The exhibition explores the food of immigrants; the heyday of the deli in the interwar period; delis in the New York Theater District; stories of Holocaust survivors and war refugees who found community in delis; the shifting and shrinking landscapes of delis across the country; and delis in popular culture. On display are neon signs, menus, advertisements, and deli workers’ uniforms, alongside film clips and video documentaries. New-York Historical’s expanded presentation includes additional artwork, artifacts, photographs of local establishments, and objects from deli owners.