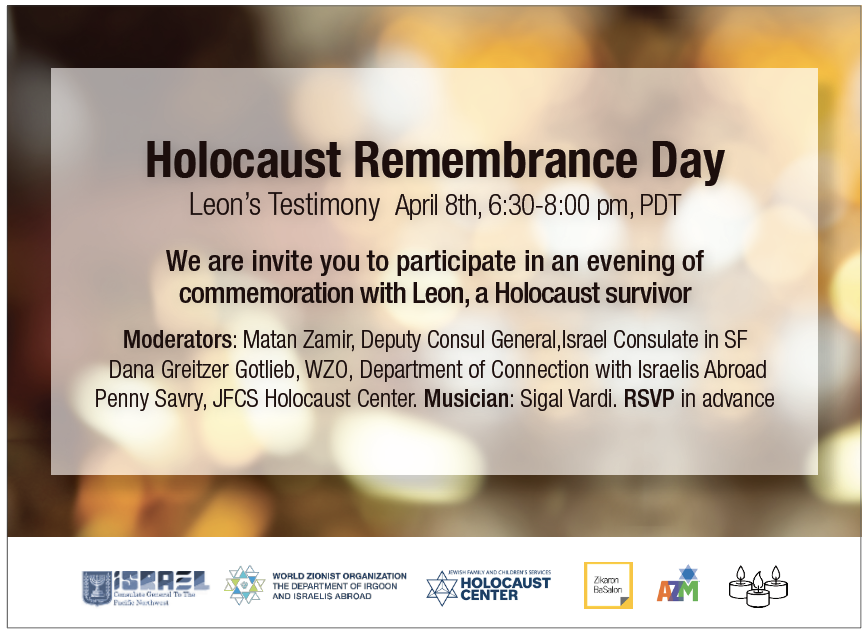 Leon was born in Czernowitz, Romania, and was ten years old when the Nazis invaded in 1941. He and his family were deported to a ghetto in the Transnistria region. They lived there for three years, surviving enormous hardships that included illness and starvation. They were liberated in 1944, first by partisans and then by the Soviet Army.
After liberation, he and his family walked over 200 miles to return to Czernowitz. They ended up in four different Displaced Persons (DP) camps in Germany before they were able to immigrate to the United States in 1951.
Join us for a heart-to-heart conversation.
You are welcome to send us your question for Leon.
Leon is a member of the JFCS William J. Lowenberg Speakers Bureau.
Musician: Sigal Vardi
Organized by: Israel Consulate in SF
WZO-Department of Organization and connection with Israelis Abroad
Co-host by: JFCS Holocaust Center, AZM & “Zikaron BaSalon”
Thursday, April 8th | 6:30-8:00 PM PDT | 9:30-11:00 PM EDT | RSVP in Advance 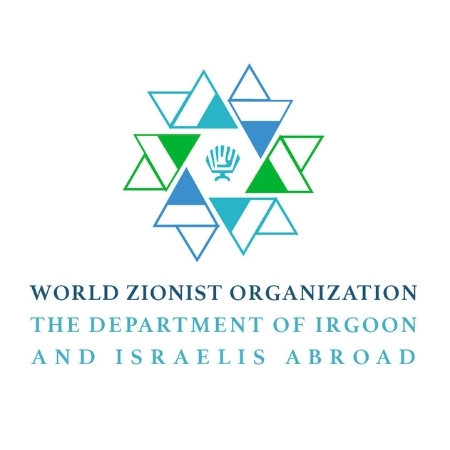 WZO Department of Organization and Connection with Israelis Abroad