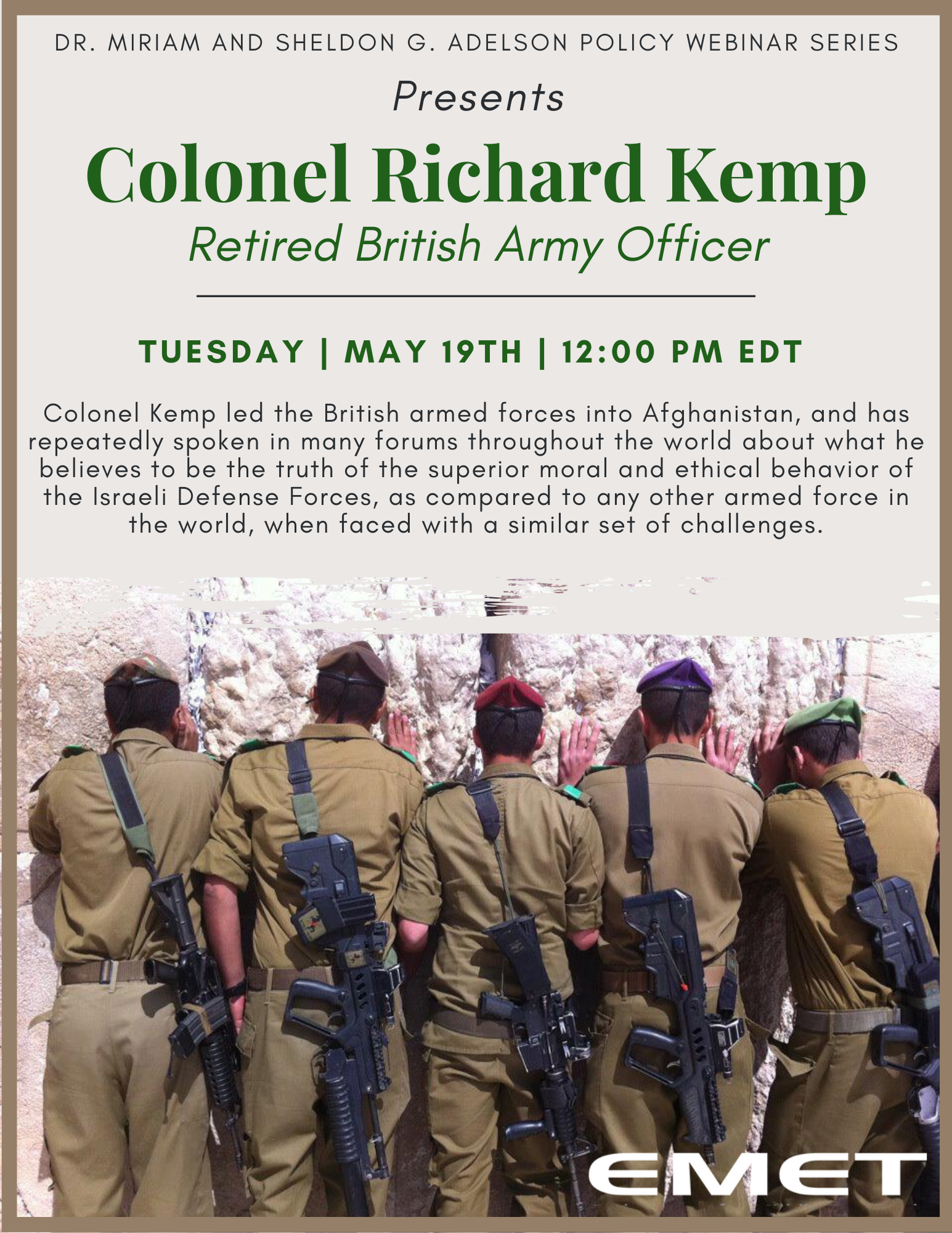 The democratic state of Israel is under constant attack in many institutions of international jurisdiction, including the United Nations and the International Criminal Court in the Hague. The latest outrage came April 30th, when ICC prosecutor Fatou Bensouda, recommended that the ICC unilaterally recognize a nation called “Palestine,” as a prelude of examining war crimes against Israeli citizens or soldiers who are acting in self-defense. This came after her announcement of  an investigation into alleged Israeli “war crimes,” on December 20, 2019.

Whenever Israel is under attack, she knows she can rely on one unwavering friend, Colonel Richard Kemp, who is a clarion voice of honesty, of reason and of integrity. Colonel Kemp led the British armed forces into Afghanistan, and has repeatedly spoken in many forums throughout the world about what he believes to be the truth of the superior moral and ethical behavior of the Israeli Defense Forces, as compared to any other armed force in the world, when faced with a similar set of challenges. We are proud to report that Colonel Kemp was a distinguished recipient of one of EMET’s coveted “Speaker of the Truth Awards” in 2017. Both Israel and the United States, as well as EMET are honored to call Colonel Richard Kemp a true and cherished friend.

HDNA Alumni in Israel: Facing Coronavirus as a Movement