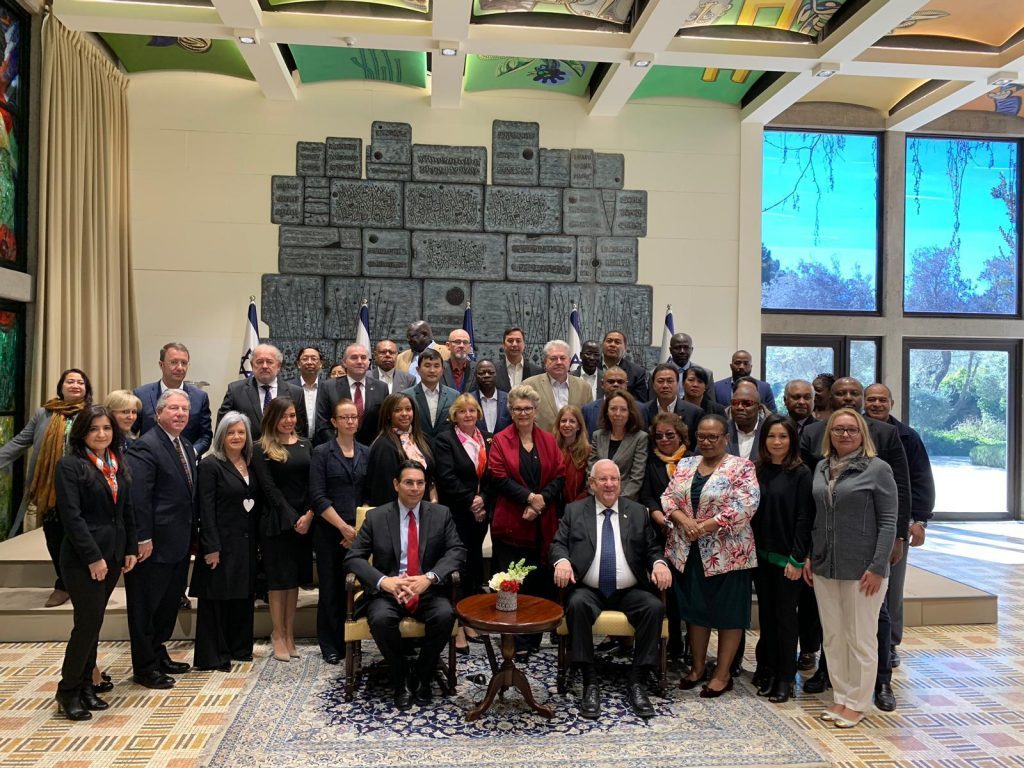 From January 29-February 4, 2019 a delegation of forty Ambassadors to the United Nations, from all regions of the world, traveled to Israel and Poland on Diplomatic Mission to visit the Jewish State and for a Holocaust Remembrance Program.  The Ambassadors traveled at the invitation of The American Zionist Movement (AZM) and The International March of the Living (MOTL), which organized the trip in cooperation with the Permanent Mission of Israel to the United Nations.

In Poland the Ambassadors visited the Majdanek concentration and extermination camp; sites in the Warsaw Ghetto; the POLIN Museum and met leaders of the Polish Jewish Community.  In Israel highlights of the visit included meetings with President Reuven Rivlin, Prime Minister Benjamin Netanyahu, and Jerusalem Mayor Moshe Lion; a memorial ceremony at Yad Vashem; a tour of the Old City of Jerusalem, including visits to the Western Wall, City of David and Christian holy sites; a trip to the Northern Border to see the security situation and terror tunnels; and meetings with high-tech leaders.

Read the AZM Press Releases on the Delegation:

Read some of the Media Coverage on the Diplomatic Mission: 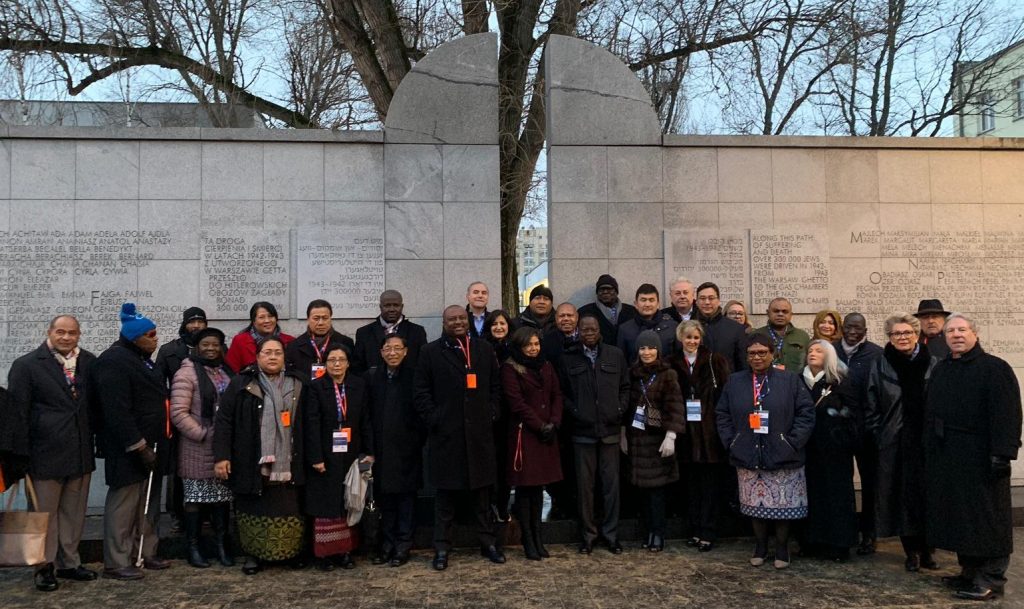 Members of the Diplomatic delegation in Poland