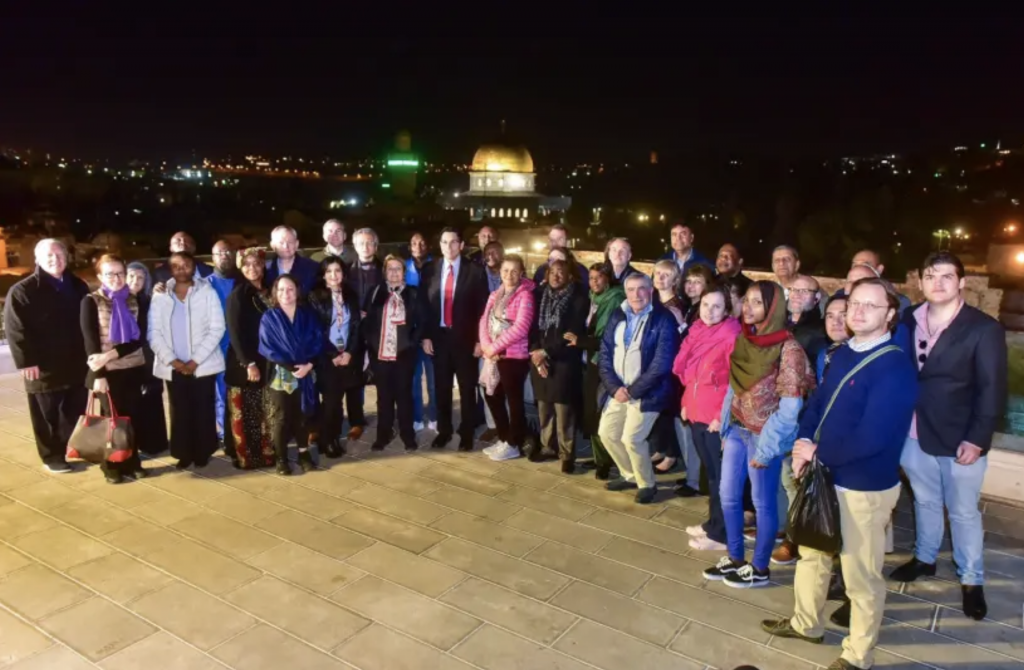 “When you come to Jerusalem and Israel, you live what you have read in the Bible. For me, as a Christian, it is like a dream,” said Ambassador Perks Master Ligoya from Malawi.

Israel’s ambassador to the United Nations Danny Dannon, along with the American Zionist Movement (AZM) and March of the Living, led a special delegation of UN ambassadors.

“When they return to the United Nations, these ambassadors will remember what they saw and experienced during their travel throughout Israel, and will stand alongside us for important resolutions in the General Assembly and will not give in to hostile attempts to delegitimize countries,” Danon said in a statement.

Ambassadors from Guatemala, Paraguay, Poland, Ethiopia, Romania, Ukraine, Estonia, the Czech Republic and other countries are all part of the trip, which gives them the opportunity to see Israel for themselves.

While in Jerusalem, the ambassadors saw classic Israeli tourist sites, including the City of David, the Christian Quarter and the Western Wall.

“When you come to Jerusalem and Israel, you live what you have read in the Bible. For me, as a Christian, it is like a dream. I’m living what I always read and thought about the Holy Land,” Ambassador Perks Master Ligoya from Malawi said.

“Coming here to city of Jerusalem, a city of history, where the world found its beauty and where we can enjoy the historic weight and role of the Jewish people from the very beginning to this day,” said Ambassador Sven Alkalaj from Bosnia and Herzegovina.

On Wednesday the group is expected to meet with President Reuven Rivlin. The rest of the week includes visits to the Iron Dome Battery in the south and a briefing from IDF officers.

The first stop on the delegation’s trip was Poland where they visited Warsaw and the Majdanek concentration camp.

“This delegation trip allows the ambassadors to see the beauty and uniqueness of Israel, as well as the regional challenges and complexities. Exposing these leaders to Israel helps change the voting patterns at the General Assembly, promotes cooperation and encourages support for international forums,” Danon said.

Posted in AZM In the News, UN Diplomatic Missions